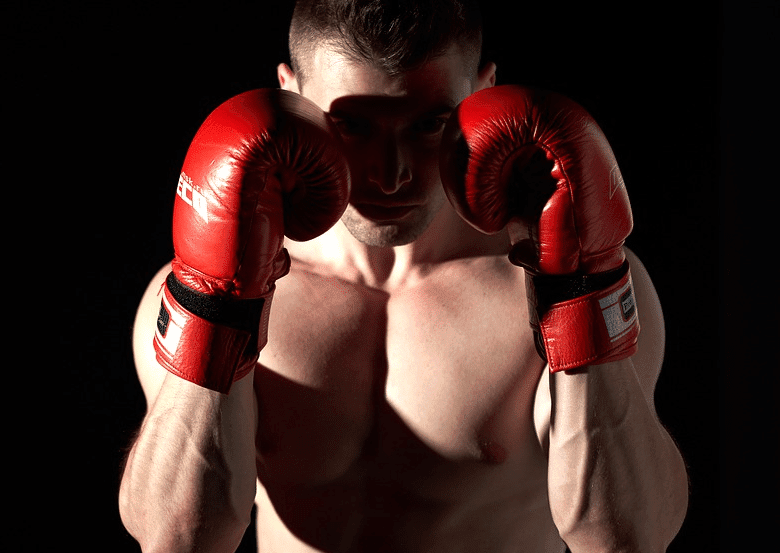 The main-card mayhem gets underway at 12 p.m. ET (5 p.m. GMT) on Wednesday, January 20 2021 concluding with two welterweight wars that each look difficult to call on paper. Read on for preview and predictions for each bout and its fighters, complete with the latest odds and markets available from respected, legal sportsbooks with free bets bonus offers for these UFC fights in the United States.

Mounir Lazzez will have home advantage going for him when he faces Warlley Alves in Dubai, the city he fights out of as part of the Team Nogueira affiliate gym. William Hill USA has the Tunisian listed as a strong -220 favorite, but this is one battle where it’s +180 underdog Alves who piques the most interest.

“The Sniper” (10-1) has spoken confidently of his chances as he targets a fourth consecutive win, despite only stepping up for this bout in December as a replacement for injured Christian Aguilera:

“I’m going to climb the ranking. I’m @Mounir_Lazzez. I’m here on the #UFCFightIsland & I cannot be beaten. This my ground, this is my home.” – Lazzez speaks on his @UFC debut & what he’s expecting from his #UFCFightIsland8 match-up with Warlley Alves#InAbuDhabi | @VisitAbuDhabi pic.twitter.com/xxXnrRpPgX

That late notice throws a spanner in the works for Lazzez, as does the stylistic battle against a grapple technician like Alves (13-4). The Brazilian won his first four fights in the UFC but is 2-4 in his last six outings, lacking the consistency that saw him open his career at 10-0.

Alves sealed that record with a sensational submission win over future welterweight title contender Colby Covington in December 2015, making him one of only two men to beat “Chaos”:

If Alves can summon his best against a striking specialist like Lazzez, he has the potential to dominate this bout and potentially get the submission. The Sniper boasts a special record, but the majority of his fights have come against fellow stand-up fighters or lower-level combatants, and the only loss on his record was a decision defeat to another grappling machine, Eldar Eldarov.

Home advantage or not, there’s every chance a short training camp hurts Lazzez’s conditioning, and +450 odds for a wrestler as proficient as Alves to win over 15 minutes looks potentially over-priced.

The atmosphere will be a desperate one when Ike Villanueva meets Vinicius Moreira at the Etihad Arena, with both combatants on losing streaks since they entered the UFC’s ranks. Villanueva (17-11) leads as a slim -135 frontrunner with William Hill NJ despite losing his first two fights with the promotion—both via KO/TKO—while Moreira (9-4) is less favored having lost his first three with the company (all first-round finishes).

"This is my shot & I got to make it happen. It's do or die." – Ike Villanueva (@Hurricane_UFC) talks about fighting #InAbuDhabi, what fighting in the @UFC means to him & his #UFCFightIsland8 bout with Vinicius Moreira ?⬆️

The pressure is on both fighters to prove they’ve got more to offer, and there’s a fine chance we’ll witness another early finish in this clash. Eight of Moreira’s nine career wins have been submissions, with the Brazilian often relentless in his efforts to take matters to the ground, while Villanueva, 36, has knocked out 14 of his 17 opponents to date.

It will come down to who has honed his particular craft better. “Mamute” is a wrestling fiend but has displayed a glass chin on more than one occasion, while former Fury FC light heavyweight champion Villanueva has been submitted five times and is seriously lacking in grapple defense.

Ultimately, the longstanding rule of mixed martial arts should ring true, and the fighter with great wrestling nous should overcome an opponent who has little. Moreira, 31, has been caught cold in the past chasing takedowns (see: his knockout loss to Eryk Anders in June 2019), but Villanueva doesn’t boast nearly the same agility or speed.

As such, the +225 price on a Moreira submission looks superb value in a toss-up fight that looks certain to not reach the final bell. If the Brazilian wins, it will be because Villanueva has tapped or is choked unconscious.

Bettors fancying a little extra action may be tempted to even back Mamute at +400 to win in the first round, which is when he’s sealed six of his nine wins until now.

Roxanne Modafferi has alternated consistently between victory and defeat since earning her UFC contract in 2017, so after beating Andrea Lee in September, it would make sense that the veteran returns to the loss column against Viviane Araujo.

This bout represents a big opportunity for “Vivi” (9-2) to further build on her rising stock in the UFC, even though she heads into UFC Fight Island 8 as -330 favorite with betMGM for NJ, CO IN, IL, TN, IA, WV, MI.

Modafferi (25-17) is a big name in the women’s flyweight division and one that will bring her closer to a title shot should she win. “The Happy Warrior” is near-impossible to finish—her last eight defeats, dating back to 2012, have all been decided by the judges—and there’s no evidence she’s eyeing the MMA exit just yet, despite the fact she’ll turn 39 in September:

So I’ve got 42 officially, but 47 fights counting The Ultimate Fighter. So I’ve won the title for the most female fights in the world!!! If you count TUF (which are counted as ‘exhibition’ but to me, they’re fights)Guess I gotta wait a few more if ya wanna be technical. @ufc #ufc pic.twitter.com/IFg0UUR3lz

Modafferi has seen a decision in each of her last six bouts (3-3) but is yet to book back-to-back wins as a UFC fighter. Araujo is the bigger finishing threat by some distance, but even she has discovered the step up in competition since knocking out Talita Bernardo in her UFC debut in May 2019, reaching the final bell in her three matchups since.

A Vivi victory via decision is the lowest-odds outcome at -125, but for good reason. Modafferi going to the scorecards is one of the greater certainties in women’s MMA, but Araujo’s quality kicks and generally greater output should see her hand raised in the end.

One of three men’s flyweight fights to be held on Wednesday, there’s a high probability Matt Schnell will pull off one of the more realistic upsets when he takes on Tyson Nam.

That’s if you can even call Schnell (14-5) an underdog in the true sense considering his +105 odds with bet365 are so close to Nam’s -125 price, and those numbers could well be subject to more change by the time this bout begins.

Nam (20-11) fought three times in 2020 and earned his first wins in the UFC, finishing Jerome Rivera and Zarrukh Adashev after he suffered back-to-back decision defeats in his first two fights for the promotion.

Schnell hasn’t been in action since December 2019 when he was knocked out by Alexandre Pantoja, having won four in a row prior to that. “Danger” commented on the inspiration his young daughter has provided in preparation for this fight, which could put him back on the map at 125lbs:

"I'm not looking to make a statement, I'm looking to get a 'W' so we will go out there and do what we need to do." – Matt Schnell (@DANGER_Caged) talks about putting it "all on the line" against Tyson Nam at #UFCFightIsland8 ?⬆️#InAbuDhabi | @VisitAbuDhabi pic.twitter.com/KvqGtP6hYC

Nam, 37, is yet to be submitted in his career, but it’s still a shock to see Schnell priced as high as +500 to tap his opponent come Wednesday. The 31-year-old has eight submission to his name already and claimed his last two victories by those means, beating respectable names in Louis Smolka and Jordan Espinosa.

It should be noted that Schnell’s last three defeats have each come via KO. Name has notched 12 of his 20 career wins finishing foes with strikes, but the vast majority of those came against lesser names on the regional circuit.

After more than a year’s break, Schnell should prove elusive enough to redeem himself following that defeat to a major threat in Pantoja, who looks a few levels above what Nam can muster.

In what promises to be an all-out strike-fest between two stand-up specialists, Lerone Murphy will look to grow his reputation in the UFC’s featherweight division with a win over Douglas Silva de Andrade.

Andrade (26-3-1) is an experienced name with 30 fights on his record, but anyone who has seen unbeaten Murphy (9-0-1) in action by now will agree there’s an air of something special about the Englishman.

The oddsmakers at William Hill USA appear to agree considering he’s a firm frontrunner at -300 to collect his second UFC win when he faces +240 dog Andrade. Even among the UFC’s roster replete with comeback stories, “The Miracle” sticks out as a unique case after he was shot in the face before his fight career became the focus it is today:

Andrade has no fewer than 19 knockout wins on his record, but the course of this bout is predictable given neither fighter pays much attention to the ground game. Bantamweight champion Petr Yan proved too proficient for the Brazilian when they met in December 2018, though “D-Silva” since returned with a decision win over Renan Barao in November 2019.

Murphy has been more recently active and defeated Ricardo Ramos with some first-round ground and pound last July, and the path seems paved for the 29-year-old to use Andrade as a stepping stone towards a featherweight title shot.

At +110, the Stockport native yields decent returns to collect his seventh KO/TKO victory in the space of 10 fights, coming up against an opponent whose up-front style means he’s sure to have chances. A more adventurous selection would be to pick Murphy at +750 odds to win in the third round, with ring rust a possible concern for Andrade after more than a year away from fighting.