After Simone Zaza’s double secured a point at Benevento, new Torino boss Davide Nicola will be keen to extend his team’s unbeaten run to three games with a maiden win. Il Toro are up against a Fiorentina side who made heavy weather of Crotone last time out, and Infogol’s model gives the hosts a narrow edge as they seek revenge for an opening day defeat in Tuscany.

Milan to rebound from cup exit

After a late defeat to Inter ended Milan’s involvement in the Coppa Italia, adding to the blow of a home defeat to Atalanta in their last league game, but Stefano Pioli’s side are still yet to taste defeat away from the San Siro in any competition. The Rossoneri take on one of their former managers in the form of Siniša Mihajlović, and are expected to pick up a fifth straight league win over the Serbian’s Bologna side.

Away win to keep Juve in top four

Andrea Pirlo faces an away game against the opponents from his first ever Serie A match as a manager, and Samp’s record of 1.69 xGA on average at Luigi Ferraris will fill the Juve boss with confidence. The Bianconeri have averaged just 0.88 xGA across their last four league games, and come into this one off the back of a 4-0 cup win over SPAL, with Infogol giving them the upper hand on Saturday.

Inter’s home games this season have been eventful, with an average of 2.34 xGF and 1.54 xGA, and the visit of a Benevento side with one of the division’s worst xGA records seems unlikely to change that. The Nerazzurri have scored in every home league game this term, while Pippo Inzaghi’s visitors have netted in seven of nine on the road, and Infogol’s model anticipates a home win with goals aplenty.

Udinese to return to winning ways on the road

While Udinese haven’t won since mid-December, successive draws with Atalanta and Inter will give Luca Gotti’s men belief they can take all three points away to Spezia. The hosts won at Friuli early in the season, but just six of their 18 points and fewer than half of their goals have come at Alberto Picco, supporting Infogol’s backing for an away win on Sunday. 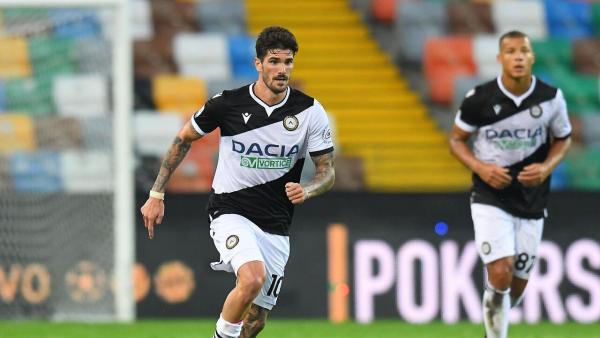 Atalanta to beat Lazio for second time in a week

Atalanta survived the sending off of José Luis Palomino to beat Lazio in their midweek Coppa Italia clash, and should have the goods to repeat the trick in Bergamo when it’s 11 v 11. Palomino’s winner gave the hosts a comeback victory in the corresponding fixture last season, but the fact that the teams finished last season level on points – with only two separating them this term – suggests we could be in for a close-run thing.

Sassuolo to hand Cagliari another reverse

Both of these sides will be keen to play themselves back into a bit of form, with both eliminated from the cup and in dire league form. The last two meetings between the pair ended 1-1, but Infogol’s model backs the visitors to take the points amid a run of six winless games for Cagliari at Sardegna Arena which has seen Eusebio Di Francesco’s men fall into the bottom three.

Having looked doomed at times this season, Crotone can lift themselves out of the bottom three if results go their way this weekend. They host a Genoa outfit whose away average of 0.92 xGF per game will be cause for concern, and Infogol makes the hosts slight favourites to earn a fourth home win in five and gain some revenge for a 4-1 loss at Luigi Ferraris back in the autumn.

Napoli to dominate at home to Parma

One of Serie A’s best home defences meets the division’s worst away attack at Stadio Diego Maradona, and it’s hard to see a repeat of last season’s shock away victory. Rino Gattuso’s men are averaging 1.98 xGF at home in the league, while the visitors haven’t managed that many expected goals across their last four home and away league games combined.

Roma to make up for nightmare in Verona

Roma’s last match against Verona ended goalless, only for a player registration error to see the Gialloblu handed a walkover victory. Ivan Jurić’s visitors have already won once at the Olimpico this season, with Adrien Tameze scoring the winner against Lazio, but Infogol’s model backs the hosts in this one after a dramatic stoppage-time winner against Spezia preserved Serie A’s best home record.