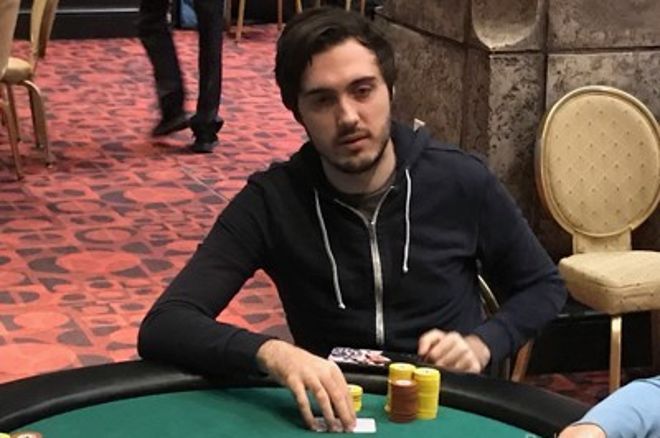 The 2020 GGPoker World Series of Poker Winter Online Circuit has come to an end with the $1,700 Main Event playing down to a winner. It took just under three hours to determine a champion and Macau-based high-stakes cash game player Paulius Plausinaitis went wire-to-wire, defeating “turkey1” in heads-up to claim his first WSOP Circuit ring and the top prize worth $1,236,361.

The flagship tournament of the entire schedule drew a total of 6,395 entries including 974 re-entries to surpass the $10 million guarantee, and the top 700 finishers earned a portion of the $10,327,925 prize pool.

The PokerNews live reporting team was on top of all 18 WSOP Circuit Ring events on GGPoker. Click here to see who were among the big winners.

Plausinaitis walked away with the only seven-figure payday, which “turkey1” missed by not much after earning a payday of $923,165. It was also the biggest MTT top prize for any poker player in the history of his home country Lithuania thus far. WSOP bracelet winner and former WSOP Main Event finalist Joseph Cheong finished third for $692,276.

Suffered a bad beat? GGPoker has you covered!

The final table started with a surprise as the blinds moved up immediately, putting all shorter stacks in more danger. However, it was Israel’s “BetAddict” who ran out of chips. They started with 20 blinds and flipped with ace-king suited against the pocket jacks of Artem “Amsterq” Prostak to no avail.

China’s “DaiMing141319” only played one hand actively and was down to fewer than two blinds when their king-queen ended up second-best to the ten-eight suited of Joseph Cheong. Alexandru Papazian also sent his chips over to Cheong after jamming with ace-five into pocket jacks in a battle of the blinds.

Prostak was the first player above 100 million on the final table yet he had to settle for 6th place. He first doubled “turkey1” in a flip, then had aces cracked by the jacks of “likeboy”. The misery for Prostak ended when a suited ace failed to hold against “turkey1”, who flopped trips fives.

Joni Jouhkimainen had carefully nursed a short stack and doubled twice. However, king-ten suited found no help against the ace-king of Cheong and that reduced the field to the final five. Cheong continued his rampage on the final table by flopping a full house against “likeboy” and had a narrow lead over Paulius Plausinaitis down to the final three.

Yet it was Plausinaitis who took chunk after chunk out of Cheong’s stack, who then got short after doubling “turkey1”. Cheong eventually jammed ace-four into the queens of Plausinaitis and a queen on the turn sealed the fate of Cheong in third place.

Heads-up between Plausinaitis and “turkey1” kicked off with a five-to-one lead for the former but “turkey1” doubled twice to pull into a comfortable lead. Plausinaitis had the best of it with the second nut flush against the third nut flush to restore his lead and there was no stopping afterwards as ace-ten suited prevailed against queen-nine suited.

That wraps up the PokerNews live reporting of the 2020 GGPoker WSOPC Online Festival, however, the next online and live poker festivals are already around the corner.

All Winners of the 2020 GGPoker WSOP Winter Online Circuit

You’ll need a GGPoker account in order to jump into the action at the fast-growing poker site. Download GGPoker via PokerNews to grab your lucrative 200 percent welcome bonus worth up to $600 on your first deposit.

The bonus releases into your account in $10 increments each time you earn 6,000 Fish Buffet Points, which is the equivalent of $60 in rake or tournament fees.

While the $100m Gtd. WSOP Winter Online Circuit on GGPoker has come to an end, there’s plenty of WSOP glory to be made. Check out the full schedule for the 2021 online WSOP plans right here.