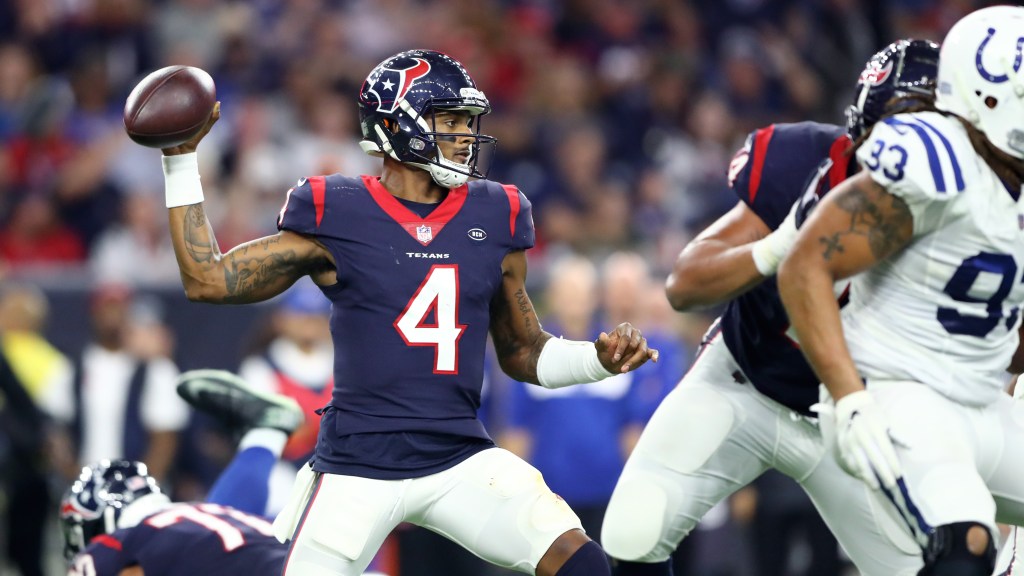 Prior to the start of the Divisional Round playoff games Sunday, the NFL sphere was abuzz with Deshaun Watson trade rumors. Watson has not been happy that the Texans lied to him about giving him a voice in who they hire as the next head coach. He has made his displeasure clear, prompting the team to try and scramble to appease him, but it appears to be too little too late.

Adam Schefter had the report Sunday morning that there was a growing sense that Watson had played his last snap for the Texans. And as of Sunday afternoon, the team has discussed potential trade partners.

Naturally, a lot of fans would like Watson to don the uniform of their favorite team. But only one will. Which team it is will depend on a few factors, not the least of which being what kind of draft capital they possess.

As usual, oddsmakers are all over it with sportsbetting.com putting out their odds for Watson’s next team. Topping the list is the Jets, followed by Watson’s purported choice, the Dolphins. The Raiders land in a tie for 10th with 12/1 odds.