Away defeat to keep Mainz in danger

Mainz were good value for their win over RB Leipzig last weekend, helping them move closer to safety, but five points total and 2.16 xGA per game on the road will make Friday’s trip to Stuttgart a daunting one. Pellegrino Matarazzo’s hosts have lost their last two, but tend to create a lot of chances and will fancy themselves to finally end a winless home run which betrays their performance level.

Bayern to keep up goalscoring form against Hoffenheim

Bayern are up against one of just two teams to beat them in the Bundesliga this season, but Hansi Flick will be confident home advantage can see his team through against a Hoffenheim side with one of the Bundesliga’s worst away xGA records. Infogol’s model expects the hosts to gain revenge for their 4-1 defeat at Rhein-Neckar-Arena back in September, and to score a few in the process.

Dortmund to pull themselves out of losing streak

Successive defeats have seen noise increase about Dortmund potentially missing out on Champions League football next season, but a home meeting with Augsburg can act as a springboard to recovery. Augsburg are chasing a league double over a team who scored 10 against them in two league meetings last season, and Infogol anticipates a home win which could take Dortmund back into the top four depending on other results.

Pál Dárdai has replaced Bruno Labbadia in the Hertha hotseat, taking over for a second time, but the fixture list hasn’t been kind to the Hungarian. Frankfurt have 16 points from their last six games, averaging 2.14 xGF per game in the process, and another win this weekend would help mark them out as genuine top four contenders despite going nine games without a win earlier in the campaign.

Gladbach to hand Union a second home defeat of the season

Just three points separate these two sides in the race for Europe, but Gladbach have momentum on their side after a run of four wins from five. Union Berlin have lost their last two Bundesliga games, most recently falling victim to a Florian Niederlecnher double in Augsburg, and Infogol gives the visitors a 49% chance of success after playing out a 1-1 draw with the team from the capital earlier this season. 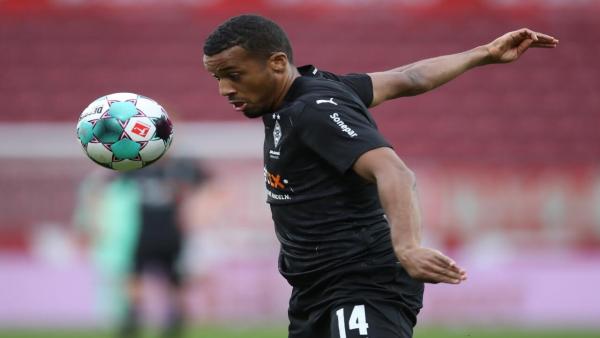 Werder to compound Schalke’s away issues

Werder’s average of 0.73 xGF per home game is the Bundesliga’s lowest, but the visit of a Schalke side with two points from eight away games can change that. Victory for the hosts can help move them closer to a comfortable mid-table berth, which would surely be a welcome sight for fans after last season’s relegation battle went down to the wire.

After finishing just three points clear of Leverkusen last season, Die Roten Bullen are enjoying a similar gap ahead of Saturday’s meeting at Red Bull Arena. The last three league meetings between the sides have ended 1-1, but Julian Nagelsmann’s side have the Bundesliga’s best home record this season, averaging 2.38 xGF per game, and Infogol’s model gives them the edge.

Two of the Bundesliga’s bottom four meet at RheinEnergieStadion, with Köln hoping to take advantage of a wounded Arminia after Uwe Neuhaus’ men shipped five last weekend. The hosts are still winless at home this term, but the visit of the league’s lowest away goalscorers will surely be seen as an opportunity they can’t afford to miss.

Wolfsburg have been able to ride an unbeaten home record all the way to fourth place, though congestion in the top half means defeat on Sunday would see Freiburg close to within two points of Oliver Glasner’s side. The visitors came back from two goals down to draw at Volkswagen Arena back in June but Infogol’s model backs a home win this time around.