Gladbach to return to winning ways at home

Borussia Mönchengladbach missed a chance to climb into the top six over the weekend, earning a point in Stuttgart which wasn’t the worst of results, but they’ll be worried if they fail to follow it up with a home win against Werder Bremen. Florian Kohfeldt’s side fell to a 3-1 defeat at Borussia-Park last season, and Infogol anticipates another home win for last season’s fourth-place finishers.

Dortmund to take advantage of Leverkusen’s dip in form

These sides were separated by just six points last season, while this time around they are locked together on 29 points from 16 games, but Infogol’s xG table has the visitors deserving a higher ranking than Peter Bosz’s men. Bayer have just one point from their last four outings, averaging just 0.65 xGF per game in the process, and Dortmund are slight favourites for what could well be a close-run game.

Hoffenheim to take the points in bottom half battle

Neither Hertha nor Hoffenheim is in the best of form, with both teams winning just one of their last six games, and Infogol’s model suggests there’s little to choose between them ahead of Tuesday’s meeting at the Olympiastadion. Last season’s meeting ended 3-2 to the visitors, with Hertha’s Vladimír Darida earning a late red card, and it wouldn’t be the biggest shock if we see another narrow victory this term.

While a weekend point at Signal Iduna Park will feel more important than the performance which resulted in it, Mainz will not be able to drag themselves out of trouble if goalkeeper Robin Zentner is always as busy as he was in Dortmund. The visit of Wolfsburg to Opel Arena represents a chance for new boss Bo Svensson to earn his first Bundesliga win, but a failure to score in 180 minutes last season against these opponents – and an average of 1.98 xGA per game this season – doesn’t bode well.

Köln to take the points in clash between strugglers

Köln have failed to score in their last five league games, but kept things tight to earn a point against Hertha Berlin over the weekend and will feel more optimistic in front of goal against the league’s worst defence. Frankfurt’s three goals on Sunday brought Schalke’s goals against total to 42 from 16 games, while their 2.2 xGA per game is also the worst in the German top flight, and this may be enough for the visitors to take the points. 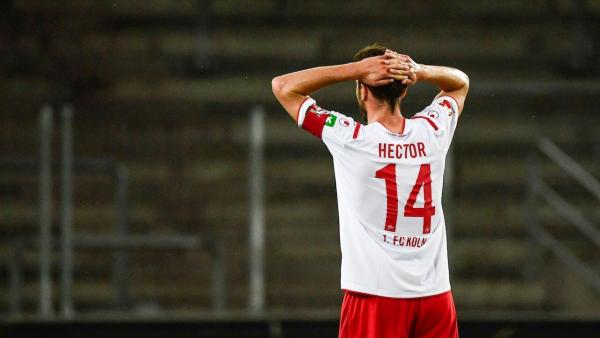 Arminia to miss opportunity against Stuttgart

Last season’s 2. Bundesliga top two have had differing fortunes this term, and an ability to score goals has been the main difference. While both sides have conceded 24 times, Arminia Bielefeld’s 10 goals from 11.6 xGF represents less than a third of their opponents’ total. Stuttgart won 1-0 at SchücoArena early last season, and Infogol’s model backs them to claim another victory on the road.

Alfred Finnbogason’s late goal gave Augsburg a point against Bayern last season, but that was Niko Kovač’s team and the Champions League holders are a different prospect under Hansi Flick. Infogol’s model puts Bayern’s chances of victory north of 70% against a home side with more than five xGA across their last two games, both defeats.

Frankfurt to go five-for-five with win in Freiburg

The return of Luka Jović on loan helped Frankfurt over the line on Sunday, and Adi Hütter’s team will hope the Serbian can help them record a fifth straight win as they take on a Freiburg side narrowly beaten by Bayern Munich last time out. Just three points separated the teams last season, while the gap is the same (albeit in the other direction) this term with the visitors two places ahead of their opponents and given a narrow edge based on Infogol’s model.

Leipzig to win battle of high-flyers

Union Berlin refuse to fall away from top four contention, earning a big win over Leverkusen last time out, but the trip to Red Bull Arena may see them come up short if Infogol’s model is proven right. Leipzig are averaging just 1.01 xGA at home, where they have won six from eight, and will be keen to pick up where they left off after doing the double over Urs Fischer’s side last term.