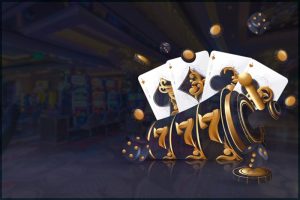 The new space is dedicated to the successful video creator and influencer Brian Christopher. It features some of his favorite slot machines.

Christopher is one of the most successful internet influencers with over half million followers on his social media channels. His videos are known for their educated style dedicated to slot machines and casinos around the world.

He was born and raised in Canada and he is working on his youtube channel for two years now. It has over 1,100 videos and has attracted more than 84,000 subscribers.

The special area will feature carefully selected slots that are considered iconic in the past four years. Opening with 16 slot machines, the gaming area will feature games that include Cleopatra II, Dollar Storm, Lightning Zap, Huff N Puff, and more.

Regarding the new area, dedicated to himself, Brian Christopher said: “For years, my fans have been asking which games were my favorite, and now I finally have a place where they can experience it for themselves”.

He added: “The new Brian Christopher Slots at the Plaza is like having my own miniature casino.”

The official opening of the area is set for January 29 at 4:30 p.m. Two days leading to that, Christopher has a live preview session on his channel.

According to the influencer himself, this is yet another step forward for his brand. He added: “We’ve always been a forward-thinking company and we’re very thankful that the Plaza is too. I can’t wait to get in there and start playing those games.”

The Plaza hotel and casino is expecting a lot of visitors in its new area. The facility recently announced another designated space on its ground.

Earlier this month the venue announced the debut of Wheel of Fortune Slots Zone, a space that now covers more than 2,900 square feet, intentionally located at the heart of the Plaza Casino’s floor.

The space was created in collaboration with International Game Technology PLC (known as IGT). Since the Wheel of Fortune is one of the most famous games of all time, the new space is expecting to welcome many visitors.

The space is expected to become favorite location for players from all over the world, that are passionate about both classical and more modern themes. Wheel of Fortune Slots Zone offers them in mechanical reel and video reel formats with a special iconic multi-color Wheel of Fortune.

The collaboration with Christopher is yet another important partnership for the Plaza hotel and casino brand.